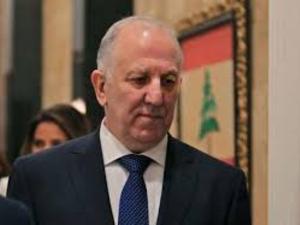 After accusing the majority of the judicial authority in Lebanon of “corruption,” caretaker Interior Minister Mohammed Fahmi said on Saturday that his criticism has “awakened some in the judiciary.”

“Let the criticism be, and let them prosecute ... if my frankness has awakened some in the judiciary, this is required in order to begin with forgotten cases of the people and the oppressed in prisons,” Fahmi stressed.

On Friday, the Higher Judicial Council announced that it will ask the state prosecutor to “take the appropriate legal measure against the interior minister” over his latest remarks about the judiciary.

In a statement issued after an extraordinary meeting, the Council said it has taken its decision in agreement with the heads of the Shura Council and the Audit Bureau.

The Council had described Fahmi’s remarks as “totally unacceptable, intolerable and incorrect.”

In a live interview on MTV, Fahmi had claimed that “95% of judges are corrupt.”

Fahmi has earned much needed respect by the people after his latest statements and the arrogant response of the judiciary.

There are thousands of prisoners held without trial and without formal accusations because the judiciary under the influence of the political corrupt ruling class refuse to bring these cases to conclusion.

Fahmi was dead wrong in his statement that “95% of judges are corrupt. it is more like 99.9% if not 100%...I know this first hand, I had proof of sale proof of payment and becaue the defendeant was connected to Ferzlai I lost the case.

I had two similar occasions! A contractor doing my house in Lebanon. He was a thief by any standard. He had a very famous lawyer connected with the FPM. During a negotiations meeting/Settlement at his office he confided in me and said: " You are right; your case is right and my client is wrong. But if you go to court you will lose". I asked why... He said because the judge is my friend and I never lose a case. Well, we went to court and I lost.

Sorry Barry, but I had to laugh, forgive me:)!