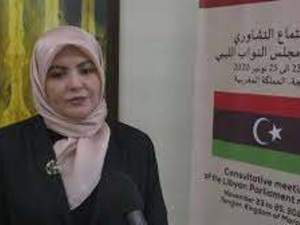 More than 120 Libyan deputies have pledged in Morocco to "end the divisions" that undermine their country, starting by convening the elected parliament as soon as they return home.

The House of Representatives has not met for two years, and Libya has been wracked by violence and chaos since the toppling and killing of dictator Moammar Gadhafi in 2011.

Two rival administrations have been vying for control of the country -- the UN-recognized Government of National Accord and an eastern administration backed by part of the elected parliament.

The latter is deeply divided, with sessions taking place in parallel in the east and west.

At the end of five days of talks in Tangier, Morocco, 123 of the parliament's 180 members pledged on Saturday to put an end to "hate speech" and "divisions" that undermine Libyan institutions.

They vowed to hold "parliamentary elections and to complete the transition as soon as possible", and that all members of the House of Representatives would meet in session "as soon as they return" to Libya.

The session will take place in Ghadames, a desert oasis near Libya's borders with both Algeria and Tunisia.

Ghadames is considered to be far from the centers of power.

"Having 123 deputies at the same table is in itself a success," Moroccan Foreign Minister Nasser Bourita said.

"Libya needs a House of Representatives that plays its role... The next meeting in Libya will have a great impact on political dialogue," he said.

The talks come at a time of increasing moves to break the deadlock in the country, which has Africa's biggest oil reserves.

In mid-November, a U.N.-sponsored political dialogue forum in Tunis agreed to hold elections on December 24, 2021, but not on who will lead the transition.