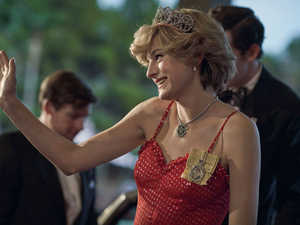 Netflix hit series "The Crown" should make clear that much of its content is fiction over fears of damage to the image of British royal family, a government minister said.

"It's a beautifully produced work of fiction, so as with other TV productions, Netflix should be very clear at the beginning it is just that," culture minister Oliver Dowden told The Mail on Sunday.

"Without this, I fear a generation of viewers who did not live through these events may mistake fiction for fact".

Dowden is expected to formally write to the U.S. streaming company to request it adds a "health warning" before each episode.

The latest episode in the series, which follows the life of Queen Elizabeth II and her close family, revolves around Prince Charles and his doomed marriage to wife Diana.

Those close to the royal family fear that fabricated scenes are hurting the monarchy, particularly heir to the throne Charles.

"It is quite sinister the way that (screenwriter Peter) Morgan is clearly using light entertainment to drive a very overt republican agenda and people just don't see it," an unnamed friend of the prince told the paper.

Although largely sympathetic to Diana, her brother has also called for Netflix to make clear some scenes are fictional.

"It would help The Crown an enormous amount if at the beginning of each episode it stated that, 'this isn't true but is based around some real events'. Because then everyone would understand it's drama for drama's sake," Charles Spencer told ITV.

More than 70 million households worldwide have watched The Crown, which is now on its fourth series, since it began in 2016, according to figures released by Netflix.