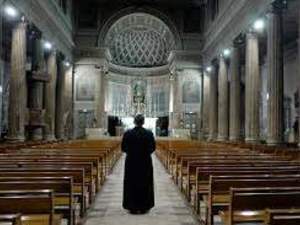 France's highest administrative court on Sunday ordered the government to loosen coronavirus rules allowing no more than 30 people at religious services, in the face of angry objections from church leaders.

The Council of State said it was giving Prime Minister Jean Castex three days to change the rules, as the limit of 30 set to combat the coronavirus was not sufficient to allow the faithful to attend services when they wanted.

Catholic associations had filed a complaint with the body on Friday describing the government measures as "unnecessary, disproportionate and discriminatory".

Their lawyers had argued that the latest coronavirus rules in France -- which on Saturday saw non-essential businesses allowed to open -- meant that in the run-up to Christmas a superstore could host hundreds of people but a cathedral could admit only a handful of believers.

France's Council of Bishops (CEF) applauded the ruling, saying "common sense has been recognized" while expressing the hope that "resorting to justice should be the exception in the dialogue with the authorities in our country".

Its representatives were due to meet Prime Minister Jean Castex later Sunday to discuss the next steps.