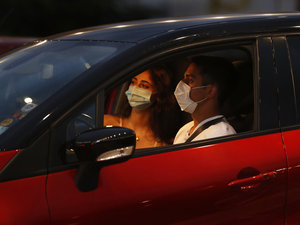 “The ministerial panel has decided to call for an 11pm-5am curfew and the closure of businesses at 10pm,” media reports said after the panel convened at the Grand Serail under caretaker PM Hassan Diab.

“The country will be gradually reopened, the odd-even rule will be lifted and restaurants will be allowed to operate at 50% capacity,” the reports added.

Weddings will meanwhile remain banned while nightclubs and pubs will remain closed.

Speaking at a press conference, caretaker Health Minister Hamad Hassan lamented that some had tried to “outsmart” authorities during the two-week lockdown.

“We have to reopen the country gradually and responsibly,” he added.

“We must allow the people to breathe economically ahead of the holidays,” he said.

Hassan added that caretaker Interior Minister Mohammed Fahmi will announce the details of the reopening plan later in the day.