Next Round of Lebanon-Israel Border Talks Postponed 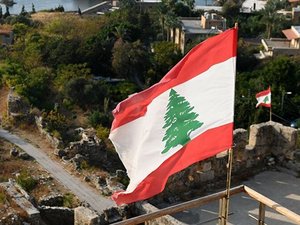 The next round of indirect demarcation border talks between Lebanon and Israel has been postponed, a Lebanese military source said Monday.

News of the postponement of a session scheduled to take place on Wednesday came after Israel accused Lebanon of changing its stance in the negotiations one too many times.

"We were officially informed of the postponing of the indirect round of negotiations," a military official told AFP, adding that the request was made by the US, which has been brokering the negotiations.

The official, who asked not to be named, said that a separate US-Lebanese meeting would be held instead and that the "search for common ground" would continue.

Israel and Lebanon, which remain technically at war, opened negotiations on the border dispute under US and UN auspices in October to clear the way for offshore oil and gas exploration.

The postponement came as no surprise after Israel earlier in November warned Lebanon's alleged inconsistency was threatening the landmark talks.

"Lebanon has changed its stance on its maritime border with Israel seven times," Israeli Energy Minister Yuval Steinitz said on November 19, complaining that Beirut's latest position contradicted its previous one.

Israel and Lebanon have been negotiating based on a map registered with the United Nations in 2011, which shows an 860-square-kilometre (330-square-mile) patch of sea as being disputed.

But Lebanon considers that map to have been based on wrong estimates and now demands an additional 1,430 square kilometres (552 square miles) of sea further south, which includes part of Israel's Karish gas field, according to Lebanese energy expert Laury Haytayan.

the title should state postponed until the sanctions lifted from Bassil...