OPEC to Discuss Extension of Output Cuts beyond January 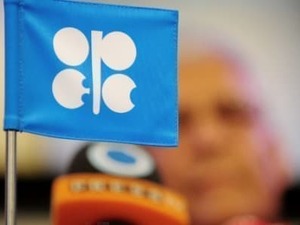 The OPEC oil producers' club will meet virtually Monday to mull over an extension to production cuts as the coronavirus pandemic continues to weigh on global demand.

Ministers from the cartel will start meeting via video conference at 1 pm GMT Monday and will be hoping that they can turn a page on a disastrous year.

The 13 members to the Organisation of the Petroleum Exporting Countries (OPEC) want to avoid a repeat of the collapse in prices seen in April at the beginning of the pandemic.

On Tuesday they will be joined by their allies, including Russia, who form the OPEC+ grouping.

The common goal of the alliance is to keep afloat a crude market devastated by the Covid-19 pandemic and which is slowly recovering from the depths into which prices plunged at the end of April.

According to the current deal, a cut of 7.7 million barrels per day (bpd) is meant to be eased to 5.8 million bpd in January 2021, but most observers expect this to be extended by between three and six months.

The current deal was reached in April but since then producers have had the second wave of the pandemic to take into account.

Key players within the grouping have hinted in recent weeks that an extension is on the table despite encouraging news from trials for vaccines by pharmaceutical companies like AstraZeneca, Pfizer/BioNTech and Moderna.

The effect of vaccines, however, will play out over the longer term, while OPEC and its allies will be focused on supporting prices in the first and possibly the second quarter of 2021.

Despite a recent rise in prices, and experts agreeing that an extension is most likely, OPEC and its 10 allies have been on odds in the past.

Just this March, the last of their meetings to be held at OPEC headquarters in Vienna before the pandemic forced them online, turned into a fiasco when Saudi Arabia and key ally Russia failed to reach an agreement and spent the next month engaged in a fratricidal price war.

Whether all members are currently sticking to the output quotas that have already been assigned to them has also become a sensitive topic.

Those exceeding their allotted output -- foremost among them Iraq and Nigeria -- regularly come in for a scolding from Prince Abdelaziz bin Salman, energy minister of OPEC kingpin Saudi Arabia.

Crude oil prices have picked up by 25 percent since the beginning of the month and have returned to roughly their pre-pandemic levels of between 45 and 50 dollars per barrel for both the US benchmark, West Texas Intermediate (WTI), and Europe's Brent North Sea contracts.

However they were down on Monday morning in what analysts say was a sign of investor jitters ahead of the meeting.