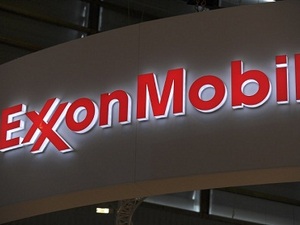 ExxonMobil announced Monday it will reduce its emissions over the next five years bowing to growing public pressure from activists, including the Church of England, to make changes.

The US oil giant said in a statement that by 2025 it will cut emissions from upstream activities, which includes oil drilling and extraction, by between 15 and 20 percent compared to the 2016 levels.

It also will cut its flaring intensity by 35 to 45 percent as well as methane intensity by 40 to 50 percent, and aims to achieve a World Bank goal of eliminating routine flaring by 2030, the company said, describing the moves as consistent with goals outlined in the Paris Climate Agreement.

"These meaningful near-term emission reductions result from our ongoing business planning process as we work towards industry-leading greenhouse gas performance across all our business lines," ExxonMobil chairman and CEO Darren Woods said in the statement.

The company is facing an activist shareholder push to get it to act more forcefully on reducing carbon emissions, led by investment firm Engine No. 1 and supported by California State Teachers' Retirement System, the second-largest pension fund in the United States.

The push earned the support of the Church of England's investment arm.

"Calls for the company to address shareholders' concerns about strategy, governance, and climate mitigation in order to stop the destruction of shareholder value have gone unheeded," the Church Commissioners head of responsible investment Bess Joffe said in a statement.

"Action is urgently needed for the company to improve its ability to create long-term sustainable value and pivot its strategy to support the energy transition."