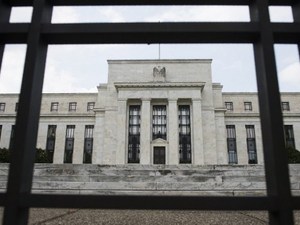 The U.S. Federal Reserve on Tuesday joined other central banks in a global group aimed at fighting climate change and addressing environmental risk to the financial system.

The Fed has been working for a year with the Network of Central Banks and Supervisors for Greening the Financial System (NGFS), but now has joined the Bank of England, European Central Bank, Bank of Mexico and others as a formal member.

The network was built as part of the Paris climate accord to "to enhance the role of the financial system to manage risks and to mobilize capital for green and low-carbon investments," according to the website.

With the Fed and seven other new members, the NGFS has grown from eight founding members three years ago, to 83 members and 13 observers currently.

"As we develop our understanding of how best to assess the impact of climate change on the financial system, we look forward to continuing and deepening our discussions with our NGFS colleagues from around the world," Federal Reserve Chair Jerome Powell said in a statement.

NGFS Chair Frank Elderson said while the group has made progress in the past three years "our job is far from finished."

"We must still press on with our collective efforts to ensure we reach net-zero emissions and address the risks the climate crisis poses to the financial system," Elderson said in a statement.