Waste Shipments from Italy Kick Up a Stink in Tunisia 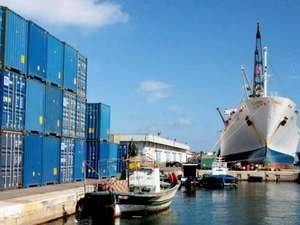 Hundreds of containers of household waste shipped from Italy to Tunisia have raised suspicions of dirty dealings in the North African country that already struggles to manage its own garbage disposal.

The scandal, which saw the Tunisian environment minister sacked at the weekend, started in the summer when customs officials seized 282 containers in the Mediterranean port city of Sousse.

They were declared as carrying plastic scraps for industrial recycling -- but were instead full of mixed, putrid household waste, which is barred from import under Tunisian law.

The case shines a spotlight on the global trade in waste, which has grown despite stricter regulations aimed at preventing rich countries from dumping their hazardous refuse on poorer countries.

The containers were imported by Tunisian firm Soreplast, which claimed to have government permission to import and recycle industrial plastic scraps.

A copy of Soreplast's request to bring the containers into the country seen by AFP stated that the company would "temporarily" import the waste "in non-hazardous bales... for sorting, recycling and re-export operations to European territory."

AFP has also seen the contract which Soreplast signed with the Italian firm that sold the refuse, Sviluppo Risorse Ambientali Srl. It explicitly tasked Soreplast with "recovery of the waste and its subsequent disposal" in Tunisia.

According to a customs official, who spoke on condition of anonymity, these documents show that Soreplast made a false declaration on the nature of the imported material.

But a government source, also speaking on condition of anonymity, told AFP he was fired in connection with the waste issue.

The global waste trade has been growing as more highly industrialized and urbanized countries get rid of their garbage in developing countries.

Interpol warned in August that criminal organizations have profited from an "overwhelming" surge in illegal waste shipments, particularly to Asia but also other parts of the world.

The garbage often ends up in countries that are ill-equipped to cope with it and endure heavy pollution when waste is burned and dumped in landfills instead of being recycled.

Soreplast's contract with the Italian firm, which collects and processes waste in the southern region of Campania, stipulated that it would dispose of up to 120,000 tons of waste at 48 euros ($59) per ton -- a total of more than five million euros.

On July 8, Tunisian officials decided to confiscate the containers and send them back to Italy, the customs official said.

But they remain in Tunisia.

The case has set off alarm bells in Tunisia, which lies only a few hundred kilometers from Europe and struggles to deal with its own waste.

Just 61 percent of waste in the capital Tunis is collected, according to a recent World Bank report, and most of that ends up in open-air landfill sites.

A coalition of environmental groups, Tunisie Verte, is taking the government to task.

"This case shows that big lobbies" are at play in Tunisia, said Hamdi Chebaane, a waste management expert and member of Tunisie Verte.

He charged that the environment ministry has come under heavy pressure in recent years from businessmen wanting to import waste.

Bechir Yahya, the head of Tunisia's national recycling agency Anged, accused the customs agency of allowing the waste to enter Tunisia "with no official authorization."

But the customs service countered that Anged, which operates under the environment ministry, gave the green light to remove from the port the first 70 containers.

AFP has seen an email exchange between Yahya and customs officials, in which he states that he saw "no objection to the importation of these plastic products... that do not contain dangerous products" after seeing the results of samples taken from the waste.

Yahya now says the email expressed only his "personal opinion" and was "not an official document", adding that customs officers were aware that it was not enough to authorize import of refuse.

AFP journalists visited the busy port in early December and saw the remaining 212 containers stacked in a storage area.

Judicial experts were examining their contents, the port's director said, but refused to grant AFP access to the garbage despite authorization from the relevant ministries.

Environmentalists worry about what would have happened if the case had not come to light.

"This huge quantity, which Tunisia would have been unable to bury, where would it have been sent?" said Chebaane.