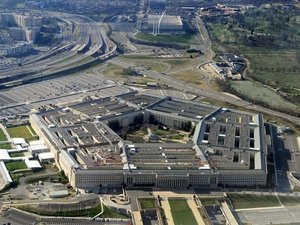 The fiscal 2013 budget proposal will show the first decline since the attacks of September 11, 2001 in the base Pentagon budget, which excludes operations in conflicts such as Iraq and Afghanistan.

Those "overseas contingency operations" amounted to $118 billion in the current fiscal year in addition to the main Pentagon operations. The officials, who spoke on condition of anonymity, did not indicate plans for conflict spending in the upcoming budget.

The budget is set to be unveiled as President Barack Obama moves to create a leaner U.S. military focused on countering China's rising power while signaling a shift away from large ground wars against insurgents.

The administration is preparing for $487 billion in defense cuts over the next 10 years. But the reduction could be as high as $600 billion if automatic cuts are imposed under a budget deal between the White House and Congress, which calls for certain measures to trim the deficit if no agreement is reached on other cuts.