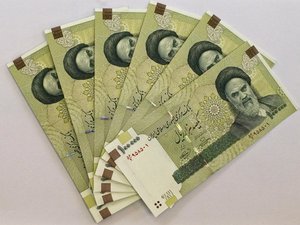 President Mahmoud Ahmadinejad has approved an increase in bank interest rates in a bid to absorb liquidity in the market and supporting the Iranian currency.

Economy Minister Shamseddin Hosseini was quoted Wednesday by the official IRNA news agency as saying that Ahmadinejad approved a decision by Iran's Money and Credit Council to raise interest rates on deposits to 21 percent.

Ahmadinejad's initial refusal to sign off on the decision was seen by critics as stoking the depreciation of the rial, which has lost about 50 percent of its value in the span of a month. The currency had come under pressure after new U.S. sanctions targeting Iran's central bank.

The rial was trading at about 22,000 rials to the dollar earlier in the week on the black market.

iran will implode, only a matter or time..