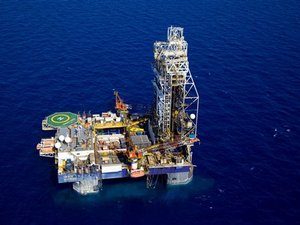 Israel is putting together a plan for a national investment fund that would tap an anticipated natural gas bonanza to fuel both an export-geared economy and provide a nest egg of $10 billion in under a decade for future generations.

The proposed Israeli sovereign wealth fund is still in the planning phase, but officials have said some of the revenues would be invested in strategically critical targets such as education and health.

Also being discussed are using some of the proceeds to endow a new set of export-oriented, technology-based industries that would build on what has traditionally been the country's greatest resource: human capital.

The fund would mark the beginning of a strategic development for the Jewish state in an oil-rich region where it has few friends and has had to rely on its own industry and outside aid for economic growth. It would also make it the latest member of a club whose members have typically been energy-exporting titans such as Saudi Arabia, the United Arab Emirates and Norway.

Israel would become "a role model of a developing economy that moved into developed economy status," said Glenn Yago, senior director at the Milken Institute economic think tank. The Israeli government enlisted the institute to map out alternative structure for such a fund, drawing on the experiences of other nations with similar investment vehicles.

The driving force behind the fund was the discovery in 2009 and 2010 of two large offshore natural gas fields with estimated reserves of 25 trillion cubic meters of gas. The fields were a boon for resource-poor Israel. The late Prime Minister Golda Meir famously lamented that Moses had picked as the Jewish homeland "the one spot in the Middle East that has no oil."

A consortium headed by U.S.-based Noble Energy Inc. has said it would begin extracting gas from the deepwater fields in about a year, with production expected to far exceed Israel's domestic gas needs.

Even before the first gas has been extracted, Israeli officials are working on what to do with the proceeds from its sale. Officials estimated gas receipts will bring in between $2 billion to $3 billion per year.

Based on Bank of Israel and Finance Ministry assessments, the fund could be managing $10 billion by 2021, with revenues starting to accumulate by 2015, said Yago.

Recommendations for the fund's possible structure were recently submitted to the office of Prime Minister Benjamin Netanyahu, but no decision has yet been taken on who will manage the fund and where the investments will go, officials said.

Once a proposal had been finalized, it would need parliamentary approval. A government official noted it would likely take until the end of the decade for the fund to start building a critical mass. The official spoke on condition of anonymity because no formal decisions had yet been taken.

"We are looking at sharing this wealth with future generations and at the same time creating a safety cushion," Eugene Kandel, the head of Israel's national economic council, told reporters last year.

In comparison to its regional neighbors, Israel's sovereign wealth fund would be minuscule. Saudi Arabia, the world's largest oil exporter, has reserves of over $500 billion while even civil war-scarred Libya has an investment fund and reserves estimated at anywhere from $70 billion to $110 billion in total.

Given those kinds of limitations, officials appear to be setting modest goals for the fund.

To avoid typical pitfalls such as inflation that countries grapple with when large amounts of cash are injected into the economy, the Israeli fund would likely invest most of its revenues abroad. The returns from those investments — not the principal — would then be channeled into the local economy for purposes like education.

It would also further stimulate an economy that weathered the worst of the global financial crisis in 2009, but must grow much more rapidly if it is to narrow income gaps that helped to stoke mass protests across the country last summer.

Some senior Israeli officials have proposed using some of the money to develop new industries rich in intellectual property, like life sciences, water and alternative energy. That emphasis would build on the entrepreneurship and creativity that has helped Israel emerge as a world-renowned center of information and communications technology.

That sector alone has helped to boost the broader economy, which has seen per capita GDP nearly triple over the past 20 years to roughly $30,000 — near the European Union's average.

Milken's Yago estimates economic growth would have to double its projected 2012 rate of 2.8 percent to bridge income divides that have strained Israel's social fabric.

"You can only do that if you increase the level of growth by increasing the level of exports," not only in existing industries but new, knowledge-based ones, he said.