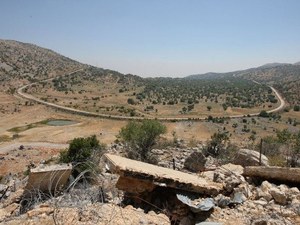 The Israeli army alleged Tuesday that a Lebanese shepherd nabbed by Israeli forces in the border area of Kfarshouba was collecting information for Hizbullah.

Israeli army spokesman Avichay Adraee tweeted that the shepherd was “arrested in an ambush” after he “deliberately” crossed the frontier into Israeli-controlled territory.

Noting that the shepherd was taken to interrogation, Adraee stressed that the Israeli army “will not tolerate any attempt to violate the sovereignty of the State of Israel.”

“The arrested Lebanese shepherd belongs to a group that has been identified as being collaborative with Hizbullah, which uses shepherds in missions for collecting information and monitoring the Israeli army forces,” Adraee added.

He also noted that “in the latest attempt by Hizbullah’s saboteurs to infiltrate into Israel to carry out an attack several months ago, a Lebanese shepherd had offered help to the group’s saboteurs.”

UNIFIL spokesman Andrea Tenenti meanwhile announced that the commander of the U.N. peacekeeping force, Maj. Gen. Stefano Del Col, was carrying out contacts with the Israeli and Lebanese armies to secure the release of the shepherd.

He added that UNIFIL will launch a probe to unveil the circumstances of the incident, including the specific location from which the shepherd was nabbed.

The Lebanese Army identified the shepherd as Hassan Qasem Zahra and said he was guarding livestock when he was detained.

Earlier in the day Lebanon’s National News Agency reported that an Israeli patrol kidnapped Lebanese shepherd H.Z. from the Bustra area of the border town of Kfarshouba.

He was then taken into Israel, the agency added.

Israel frequently abducts shepherds from that area. They are usually released after hours of interrogation.