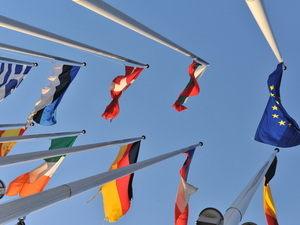 The European Union on Tuesday hit out at the decision by the United States to label Yemen's Huthi rebels as "terrorists", warning it could hinder peace efforts and aid deliveries.

Outgoing U.S. President Donald Trump's administration announced the last-ditch move on Sunday with just 10 days to go before his successor Joe Biden takes over in the White House.

The designation is set to come into force on the eve of the inauguration of Biden, whose aides had hoped to mount a fresh push to end Yemen's six-year war.

It has been seen as complicating the incoming U.S. leader's promised efforts to restart diplomacy with Iran, which has links to the Huthis.

The decision has drawn criticism from aid groups and the United Nations over fears it will exacerbate the already dire humanitarian crisis in war-ravaged Yemen and could tip the country in famine.

"It will complicate the necessary diplomatic engagement with Ansar Allah and the work of the international community on political, humanitarian and developmental matters," a statement said, using the official name of the Huthi movement.

"The designation is likely to have disruptive effects on the delivery of humanitarian aid funded by the international community and further aggravate the economic crisis which has resulted from over five years of conflict."

The rebels control much of Yemen and have faced a bloody offensive from U.S.-ally Saudi Arabia, with millions in the country depending on relief to survive.

A designation as a terrorist group is expected to scare away outside actors from many transactions with Huthi authorities, including bank transfers and buying food and fuel, for fear of U.S. prosecution.

Aid groups have warned against the blacklisting of the Huthis, saying that they have no option but to deal with what is the de facto government in northern Yemen.

and what are they if not filthy terrorists?

The EU is worthless. Just a bunch of social bureaucrats spouting their elite superiority.