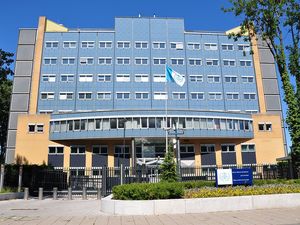 Prosecutor Norman Farrell of the Special Tribunal for Lebanon (STL) has filed a Notice of Appeal before the Appeals Chamber of the STL alleging errors of law and errors of fact in the Judgment of the Trial Chamber, rendered 18 August 2020, the STL said in a press release on Wednesday.

The Prosecutor submitted that such errors invalidate the Judgment and occasion a miscarriage of justice.

The Prosecutor requested that the Appeals Chamber grant the appeal and enter convictions against those subject of this appeal.

Salim Ayyash's lawyers and victims' representatives have also filed notices of appeal against the judgements for varying reasons, the Netherlands-based STL announced.

Four suspected members of Hizbullah were tried in absentia for Hariri's assassination, a major attack that killed 21 others and wounded 226.

On December 11, after six years of trial, the Netherlands-based court sentenced Salim Ayyash to five life terms following his conviction in August.

But the court said there was a lack of evidence to convict the three other defendants -- Assad Sabra, Hussein Oneissi and Hassan Habib Merhi.

All four were tried in absentia, including Ayyash, 57, who remains on the run.

"The filing of the notices of appeal marks the beginning of the appeals phase," the court said in a statement.

According to the tribunal, Ayyash's lawyers "challenged every finding of guilt returned by the trial chamber" and called for the conviction to be overturned. They were also appealing against the sentence.

The victims' representatives are appealing against the decision not to impose financial penalties against Ayyash, the tribunal said.

The appeals chamber of the tribunal can confirm, reverse or revise the trial judgement, sentence or both. It can also order a re-trial if necessary.

A date was not announced for the start of hearings in the appeals phase.

In the February 2005 attack, a suicide bomber detonated a small van full of explosives as Hariri's armored convoy passed.

Ayyash was found guilty of conspiracy to commit a terrorist act, committing a terrorist act using an explosive device, the "intentional homicide" of Hariri and of 21 other people, and attempted homicide of those injured in the attack.

Hizbullah chief Sayyed Hassan Nasrallah has refused to hand him over or to recognize the U.N.-backed court.

The court has issued an international warrant for Ayyash's arrest.