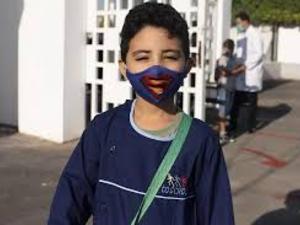 A Moroccan court sentenced a 24-year-old to death Wednesday for the rape and murder of an 11-year-old boy, in a case that has sparked calls for renewed executions.

Th North African country had 74 prisoners on death row at the end of last year but has not carried out an execution since 1993.

The case of the young boy, identified only as Adnan, has triggered renewed debate since his body was found dumped in September, five days after his disappearance from the working class district of Tangier where he lived.

The accused was arrested after he sent a ransom demand to the child's parents in an ill-conceived bid to put police off his trail by persuading them money was the motive.

He was accused of keeping his victim captive in his rented apartment, raping him and then killing him before burying the body nearby.

"The court was persuaded of the guilt of the main accused in the crime of premeditated murder, linked to abduction, captivity and statutory rape," the official MAP news agency reported.

The defendant's flatmates, who were tried with him, were jailed for four months each for failing to report the crime, MAP said.

Over the past two decades, Morocco has moved to reduce the number of prisoners on death row, by commuting their sentences to life imprisonment or fixed jail terms.

There has also been renewed debate about child protection in Morocco and the sentencing of child rape cases.

In June last year, the release on bail of a man accused of raping a six-year-old girl sparked public outrage which prompted his swift return to custody.

In 2013, a royal pardon granted in error to a convicted Spanish pedophile triggered a wave of street protests.