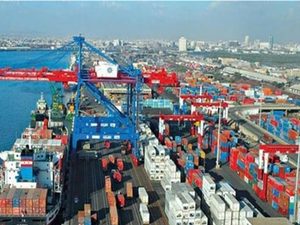 Donald Trump had made closing the trade gap with China a priority when he took office four years ago and launched a bruising trade war with Beijing.

Although the world's second-largest economy sufered a record contraction in the first quarter of last year as the coronavirus essentially brought activity to a halt, it soon recovered as lockdowns in the country were eased and medical exports soared.

In December, however, both exports and imports rose more than expected at 18.1 percent and 6.5 percent respectively.

Textile exports including masks -- which surged in demand globally during the pandemic -- rose 30.4 percent in yuan terms, he added.