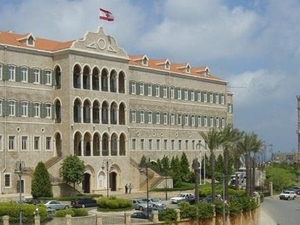 President Michel Aoun and PM-designate have “no choice but to reach consensus on the government formation” process, otherwise “everyone” else in Lebanon and the “nation” itself are going to “pay a hefty price,” al-Joumhouria daily reported Thursday.

Lebanon is going to turn to an “unknown” fate if the two leaders do not put conflicts aside and “reach consensus” to form a government for the sake of their country, a source told the daily on condition of anonymity.

He said the latest tension between the two leaders against the backdrop of a leaked video of Aoun accusing Hariri of “lying,” has entered the country in an “open-ended crisis.”

The sources voiced fears of a chaotic situation at all levels if a solution is not reached.

On reports about Hariri stepping back from his task, the source said it was unlikely, “it has not been suggested, and it is not possible because the repercussions will be immense, placing the country in an endless political and sectarian tunnel. “

The sources concluded and blamed both leaders for “aggravating” the conflict, saying each leader has embarked on blaming the other for the delay, while “both are responsible for the tense atmospheres and for blocking the horizon on any formation process.”