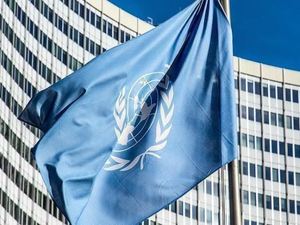 Lebanon filed a complaint with the Security Council over Israel’s nabbing of a Lebanese shepherd, Hassan Zahra, two days ago in the border area of Kfarshouba, LBCI reported Thursday.

Lebanon filed the complaint through its permanent ambassador to the UN Amal Mudallali over Israel’s constant violations of Lebanon’s sovereignty.

Mudallali submitted the complaint to U.N. Secretary General Antonio Guterres, and to Tarek Ladeb the Permanent Representative of Tunisia and President of the Security Council for the month of January.

The complaint condemned the Israeli aggression and called for the immediate release of the Zahra.

On Tuesday, Israel alleged that a Lebanese shepherd nabbed by Israeli forces in the border area of Kfarshouba was collecting information for Hizbullah.

Israeli army spokesman Avichay Adraee tweeted that the shepherd was “arrested in an ambush” after he “deliberately” crossed the frontier into Israeli-controlled territory.

UNIFIL spokesman Andrea Tenenti had said that the commander of the U.N. peacekeeping force, Maj. Gen. Stefano Del Col, was carrying out contacts with the Israeli and Lebanese armies to secure the release of the shepherd.

He added that UNIFIL will launch a probe to unveil the circumstances of the incident, including the specific location from which the shepherd was nabbed.

The Lebanese Army identified the shepherd as Hassan Qasem Zahra and said he was guarding livestock when he was detained.

Israel frequently abducts shepherds from that area. They are usually released after hours of interrogation.

What about Lebanon and its Iranian militia's violations of 1701 and military interference in Yemen, Syria, Iraq, Bahrain to name a few?