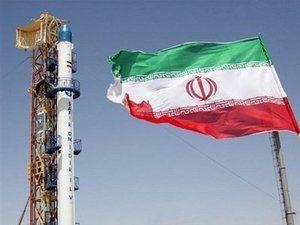 "I think from the end of this (Iranian) year (to March 20) and through the next year, we will see many launches" of domestically-built satellites, Ahmadinejad said at a ceremony in Tehran.

The president's remarks coincide with celebrations of the 32nd anniversary of Iran's 1979 Islamic revolution that falls on February 11.

Every year Iran uses the run-up to the anniversary to trumpet its scientific, technological and military achievements.

The country does not have an operational satellite of its own but Defense Minister Ahmad Vahidi announced in December that two satellites, Fajr and Rasad-1, would be launched by the end of the current Iranian year to March 20.

But on Sunday, Vahidi said a launch date for Fajr and Rasad-1 was "not fixed" yet, indicating their launch would likely be delayed.

Twelve months later, it launched a capsule carrying live turtles, rats and worms aboard a Kavoshgar-3 (Explorer-3) rocket in what was Iran's first experiment to send living creatures into space.

Fajr, which was unveiled on Monday, is a reconnaissance satellite constructed by the defense ministry, while Amir Kabir-1, the details of which were unavailable, is built by Tehran's Amir Kabir university.

Rasad is constructed by Malek Ashtar University of Tehran which is linked to Iran's elite military force, the Revolutionary Guards, while details of Zafar were unavailable.

Iranian media reports said last week that the Safir-B1 rocket can carry a satellite weighing 50 kilograms (110 pounds) into an elliptical orbit of 300 to 450 kilometers (185 to 280 miles).

Iran on Sunday opened its first centre to receive satellite images, a new stage in its space program and the equipment for which it says have been manufactured locally.