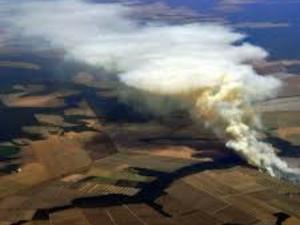 Humanity's unbridled growth in recent decades has come at a "devastating cost to nature" according a wide-ranging international review on the vital economic role played by our living planet.

The 600-page rundown of scientific material commissioned by the British government highlighted the precarious state of biodiversity and warned that only a sea change in how countries power economic growth could prevent catastrophic impacts for nature, and humanity.

The Dasgupta Review -- a two-year global collaboration of hundreds of academics overseen by Partha Dasgupta, professor emeritus of economics at the University of Cambridge -- said that all livelihoods depended on the health of the planet.

It showed that while global capital produced per person had doubled in the three decades since 1992, the stock of natural capital -- that is, the quantifiable benefit an individual derives from services bestowed by nature -- had plunged 40 percent.

"While humanity has prospered immensely in recent decades, the ways in which we have achieved such prosperity means that it has come at a devastating cost to nature," the review said.

It called for a fundamental redressing of humanity's demands and nature's supply, warning that biodiversity is intricately linked with human wellbeing and health.

Some species are going extinct up to 1,000 times faster than the historical average, "undermining nature's productivity, resilience and adaptability", the review said.

It warned that catastrophes related to nature loss -- including the Covid-19 pandemic which was driven by land-use changes and species exploitation -- could prove to be "the tip of the iceberg" if development continued at its current rate.

"We are totally dependent upon the natural world," renowned naturalist David Attenborough wrote in a foreword to the review.

"It supplies us with every oxygen-laden breath we take and every mouthful of food we eat.

"But we are currently damaging it so profoundly that many of its natural systems are now on the verge of breakdown."

The economic benefits of biodiversity had historically been missed from growth models, distorting the value of capital accumulation and leaving crucial conservation programs chronically underfunded, said the review.

With an estimated $4-6 trillion in funding each year going to unsustainable economic activities such as fossil fuel use and damaging farming techniques, governments "exacerbate the problem by paying people more to exploit nature than to protect it," it added.

It called for a new way of defining economic wellbeing, one that takes nature's services into account, to replace the traditional GDP model.

But it warned that choosing a more sustainable growth trajectory would require international will and coordination "akin to, or even greater than, those of the Marshall Plan."

Such a sustainable future would include a total decarbonization of the global energy system, the review concluded.

"Never before has it been so important to consider the economics of nature and the role biodiversity plays in supporting a healthy economy," said Guy Poppy, professor of Ecology at the University of Southampton, who was not involved in the review.

"Two of the major challenges currently facing humankind -- climate change and Covid -- both illustrate the need to link economics with the environment and to rethink how we will become more prosperous and healthy in the future."

The review warned of waning biodiversity within Earth's soil, which provides 65 percent of the planet's fresh water and 99 percent of humans' calorific intake.

Together with this, its capacity to absorb carbon pollution, and provide shelter and medicine, nature is estimated to provide around $33 trillion worth of services to the global economy.

"Science shows us that nature is teetering on a knife-edge -– future generations will judge us for how we respond," said Jennifer Morris, CEO of The Nature Conservancy.