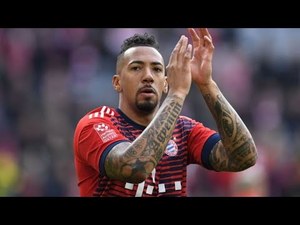 Bayern Munich confirmed Wednesday defender Jerome Boateng will miss the Club World Cup final in Qatar to fly back to Germany, amid reports his former girlfriend has died.

Boateng, 32, has been excused from Thursday's final against Mexican side Tigres in Al Rayyan for "personal reasons", Bayern said in a statement.

"Jerome came to see me in my room and asked me to leave to go back home, obviously we said yes," Bayern coach Hansi Flick confirmed Wednesday.

"He needs to take a Covid test to go back home to Germany, he will not be available unfortunately."

According to reports, Boateng's former girlfriend Kasia Lenhardt, 25, was found dead in a flat in Charlottenburg, Berlin, on Tuesday.

The couple had only announced their separation on February 2.

In Thursday's final, European champions Bayern are bidding to become only the second club, after Barcelona who managed the feat in 2009, to win all six available titles within a year.