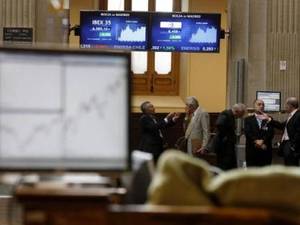 Wall Street was closed on Monday for US Presidents Day.

"There's real momentum behind the global recovery trade and with every passing week, it seems investors are becoming more optimistic about it," OANDA analyst Craig Erlam said.

"The vaccine rollout is providing enormous encouragement, with the UK surpassing 15 million vaccinations and the topic of conversation finally turning to reopening the economy," he added.

Stocks have been surging for months as vaccination programs kick into gear and fewer people come down with the virus, fueling hopes that economically painful containment measures can begin to be lifted.

In Asia, Tokyo was the standout performer on Monday, with the Nikkei 225 breaking through 30,000 points for the first time in 31 years as data showed Japan's economy performed better than expected at the end of last year.

The end of Donald Trump's Senate impeachment trial at the weekend, meanwhile, allows US lawmakers to concentrate on pushing through President Joe Biden's vast rescue package.

There had been an expectation that the $1.9 trillion proposal could be watered down as Republicans and some Democrats pushed back against its size, but there is an increasing belief that the final figure could be closer to the president's plan.

"Investors are beginning to revel again in the US fiscal and monetary bazookas that show no abating signs," said Axi strategist Stephen Innes.

On the downside in Asia, Wellington stocks fell on news that two coronavirus infections that have prompted a snap lockdown of Auckland were the country's first cases of the highly contagious strain first detected in Britain. Hong Kong, Shanghai and Taipei were closed for holidays.

Bitcoin retreated after hitting a new record of $49,694.24 over the weekend after MasterCard and US bank BNY Mellon announced plans last week to make it easier for people to use the cryptocurrency. It stood at about $48,400 on Monday.