Russian Govt. to Roll Out New Virus Subsidies for Businesses 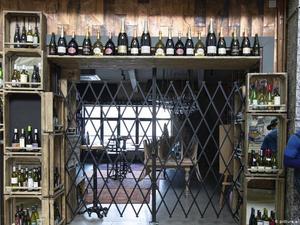 Russian officials are preparing new relief measures for the business sector, which has received little state support since the start of the pandemic, a pro-Kremlin newspaper reported Monday.

The Izvestia daily, citing notes from a meeting hosted by Deputy Prime Minister Andrei Belousov, published a general outline of a new government program that could cost up to 200 billion rubles ($2.73 billion).

The finance ministry, the ministry of economic development and the tax agency will develop the new measures.

The Russian government did not respond to AFP's request for comment on the Izvestia report.

Earlier this month, Economy Minister Maxim Reshetnikov voiced concern about the possibility of a new wave of workers being laid off in March, when several business support measures established at the start of the pandemic expire.

"We are concerned that in March some companies may cut staffing, especially in those sectors that have not yet fully recovered," said Reshetnikov, according to the RBK business daily.

Those sectors at risk include catering, entertainment and the hospitality and services sectors, he said.

Russia's economy last year contracted by 3.1 percent under the weight of an oil price crash and the coronavirus pandemic, causing higher unemployment and a drop in purchasing power.

But it weathered the coronavirus crisis better than other countries due to its small service sector and because authorities did not impose a new lockdown last fall to aid Russia's already strained economy.

Unemployment in Russia jumped from 4.7 in March -- just become a strict stay-at-home regime was introduced -- to 5.9 percent at the close of 2020.