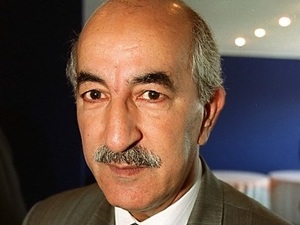 Algerian President Abdelmadjid Tebboune on Thursday called for the dissolution of parliament and early legislative elections after expressing dissatisfaction with the government.

In an address to the nation, Tebboune also said he will carry out a government reshuffle within 48 hours, and issued a pardon for dozens of jailed activists of the "Hirak" protest movement.