EU to Double Covax Vaccine Funding to One Billion Euros 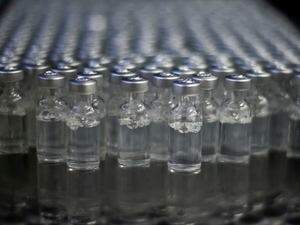 The European Union will announce it is doubling its contribution to the Covax global Covid-19 vaccination programme to one billion euros ($1.2 billion) at a G7 meeting Friday, a European source said.

EU chiefs Ursula von der Leyen and Charles Michel are set to unveil the increased funding from the bloc's budget and pledge a further 100 million euros in aid to support the fight against the virus in Africa, the source said.

The move comes as world powers look to ramp up support for poorer nations in the face of accusations that rich countries are hoarding vaccines against the coronavirus and leaving other parts of the globe behind.

US President Joe Biden is set to pledge $4 billion in aid to Covax during the virtual meeting with other leaders from the Group of Seven major industrial nations.

Covax is a global project to procure and distribute coronavirus vaccines for at least the most vulnerable 20 percent in every country, allowing poorer states to catch up with the rush by dozens of wealthy countries to vaccinate.

French President Emmanuel Macron proposed that Western countries transfer three to five percent of their stock of Covid-19 vaccines to Africa, in an interview with the Financial Times published on Thursday.

The push to bolster vaccine programmes in developing nations comes despite a slow start to the inoculation rollout across the EU that has left the bloc lagging behind countries like the United States, Britain and Israel.