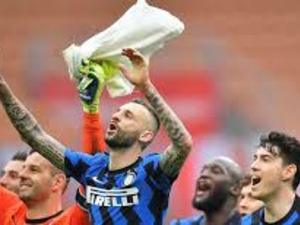 Inter Milan beat city rivals AC Milan 3-0 to extend their lead at the top of Serie A on Sunday as Lautaro Martinez scored a double, with Romelu Lukaku also on target.

Martinez headed in on five minutes, before the Argentine added a second 12 minutes after the break, with Lukaku powering through for a third on 66 minutes against Zlatan Ibrahimovic's Milan.

Inter opened up a four-point lead over their second-placed opponents as Antonio Conte's side target a first league title since their unprecedented treble under Jose Mourinho in 2010.