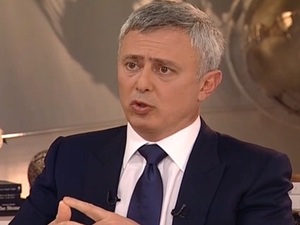 Head of the Marada Movement ex-MP Sleiman Franjieh reportedly said he did not want to “waste his time” listening to a televised speech made by his Christian rival head of the Free Patriotic Movement Jebran Bassil.

“I did not hear him, nor do I wish to...no need to waste my time,” said Franjieh in remarks to al-Mustaqbal Web during a press conference on Sunday.

Bassil made a lengthy televised speech on Sunday where he lashed out anew at PM-designate Saad Hariri and accused him of following double standards in the cabinet formation process.

Bassil denied that the FPM and President Michel Aoun are seeking a one-third-plus-one share in the new government.

For once in his life, this syrian mouth piece is right!

Yes, but he does not earn my respect until he says the same about Nasrallas speeches.