'Spy for Egypt' Goes on Trial in Germany 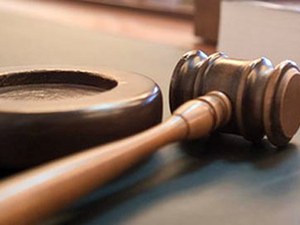 A German man went on trial Tuesday for allegedly spying for Egypt while he was working in Chancellor Angela Merkel's press office.

Egypt-born Amin K. is accused of exploiting his privileged position in the office to pass on information to Egypt's General Intelligence Service (GIS) between 2010 and 2019.

Originally scheduled to start in January, the trial was postponed due to the pandemic, and a verdict is now expected in March.

The 66-year-old had worked since 1999 for the visitor service of the federal press office, which among other things is responsible for communicating Merkel's activities.

According to the charge sheet, the suspect made observations about media coverage of Egypt-related domestic and foreign policy issues in Germany, and also helped in a failed attempt to recruit another spy.

He is also suspected of handing over the names of five Syrian-born colleagues at the press office.

Contact with his handlers was "largely conspiratorial" and took place via phone call and instant messaging service, the charge sheet said.

The suspect allegedly hoped to win preferential treatment from the Egyptian authorities with his espionage, and succeeded in securing help with his mother's claim to her pension payments.

The case came to light with the publication of a German intelligence service report in 2019.

According to the report, both the GIS and Egypt's domestic intelligence service NSS are active in Germany.

Their main objective in the country is allegedly to gather information on dissident groups opposed to Abdel Fattah al-Sisi's government, such as the Muslim Brotherhood.