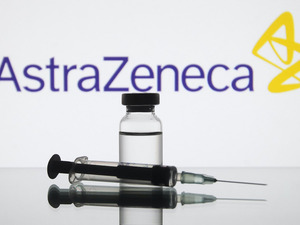 Germany will soon authorise the AstraZeneca/Oxford Covid-19 vaccine for people over the age of 65, Chancellor Angela Merkel said Wednesday, the same day Belgium authorised its rollout to seniors.

The countries -- both criticised for the slow pace of their inoculation drives -- had previously said there was insufficient data about the effect of the vaccine on older age groups.

But both Merkel and the Belgian health minister said recent studies had now provided that data, leading to their respective policy changes.

"The (German) vaccine commission, whose recommendations we are happy to follow, will authorise AstraZeneca for older age groups," Merkel told reporters after talks with regional leaders about the next steps in fighting the pandemic.

The German government had been criticised in recent weeks for muddled communications about the jab, leading to a public perception that the AstraZeneca vaccine was less effective than those developed by Pfizer-BioNTech and Moderna.

Some of the Germans first in line for a Covid-19 jab have spurned the AstraZeneca offer, leaving the country with hundreds of thousands of unopened doses.

Greenlighting the jab for the oldest age groups is expected to help Germany work through the backlog and pick up the pace of its sluggish rollout.

Merkel said the government had agreed to space out the first and second jabs of the AstraZeneca shot by a maximum of 12 weeks, to quickly give more people initial protection against the virus.

German politicians have also in recent days urged the government to relax its vaccination priority list to open up the AstraZeneca jab to more people.

Belgium, also criticised for the speed of its rollout, said Wednesday it would now administer the AstraZeneca vaccine to those over the age of 55, "starting immediately".

Health Minister Frank Vandenbroucke said recent studies in Britain and Israel had shown the shot did give that age group protection against Covid-19.

Belgium, a country of 11.5 million, has reserved 7.7 million doses of the AstraZeneca jab, the largest order it has made of any of the available Covid-19 vaccines.

With the inoculation of over-65s due to begin next week, there had been warnings that relying only on the Pfizer-BioNTech and Moderna vaccines would derail the process.

France, which had also limited the AstraZeneca jab to younger age groups, said earlier this week that it too would allow the vaccine to be given to over-65s.