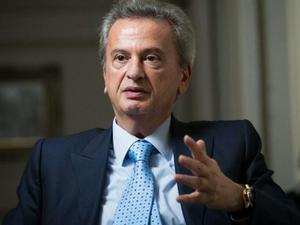 The US administration is reportedly considering sanctions on the governor of the Central Bank of Lebanon, Riad Salameh, as investigation expands into alleged embezzlement of public funds in Lebanon, Bloomberg reported Thursday evening, citing 4 people familiar with the matter.

The network reported that officials within the administration of US President Joe Biden had practically discussed the possibility of taking coordinated measures with their European counterparts targeting Salameh, sources told the network on condition of anonymity.

Two sources said discussions have focused so far on the possibility of freezing Riad Salameh's assets abroad, and enacting measures that would limit his ability to do business abroad.

Salameh has repeatedly denied committing any wrongdoing and has expressed willingness to cooperate with the Swiss Public Prosecution in this regard.

US authorities had previously considered sanctions on Salameh, but the former President, Donald Trump, was not interested in taking such a measure, said the sources.

Protesters in Lebanon blame the political class for the country’s unprecedented economic, financial and livelihood collapse. They also accuse Salameh of adopting a financial model that ultimately failed, leading to depreciation of Lebanese deposits with banks.

The UN said more than half of the population is now living in poverty.

I’ve got extra rope if needed. But his brother and assistants should be on the gallows as well.

what a theiving SoB