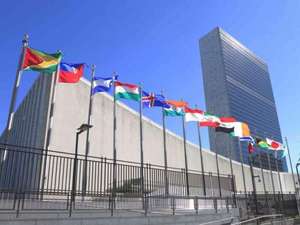 The United Nations' biodiversity summit, COP15, will take place in October in the Chinese city of Kunming after being delayed a year due to the pandemic, the UN said Friday.

The meeting is seen as a vital chance for nations to set guidelines for protecting nature and slowing the catastrophic pace of species loss.

The U.N. said the summit would be held October 11-24, just a few weeks before a parallel U.N. conference on climate change, COP26, takes place in Glasgow.

A preliminary biodiversity session will be held in August, it said, although a location is yet to be announced.

U.N. biodiversity chief Elizabeth Maruma Mrema said organizers were doing all they could to ensure COP15 took place at the rescheduled time "while also ensuring the safety of all participants in the context of the COVID-19 pandemic".

Since 1970, wild animal populations of birds and fish have declined by nearly 70 percent, according to a WWF assessment.

The U.N. said in September that nations had missed every one of the 20 ten-year targets to halt biodiversity loss they set themselves in 2010.