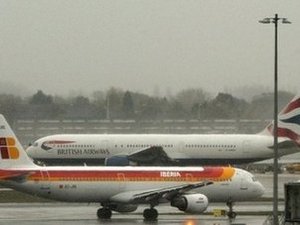 Sweden is planning to introduce a bonus-malus scheme at its two main airports in relation to the amount of greenhouse gas emissions that aircraft produce, the government announced Monday.

"This means that take-off and landing fees can be more significant when a plane's climate impact is higher and they can be reduced when the climate impact is lower," said the ministry of infrastructure, describing the plan as a first in Europe and possibly the world.

The measure is set to go into effect in July and means that newer and more efficient aircraft will benefit from the scheme while older planes will be hit with higher fees.

The project, which must be approved by parliament and concerns Arlanda airport in Stockholm and Landvetter in Gothenburg, also takes into account aircraft that use bio fuels.

The government said the project is still under discussion and being fine-tuned.

Sweden is where the flight-shame, or flygskam, movement began in 2018 that heaped pressure on people to stop flying in order to lower carbon emissions.