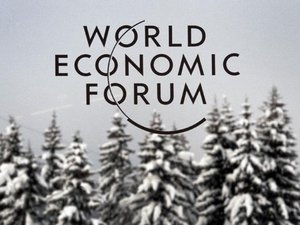 New leaders from the countries of the Arab Spring sought to reassure their Western counterparts at the Davos forum that the rise of Islamist parties poses no threat to democracy.

Last year, when a wave of popular revolt swept the Middle East and North Africa, many in the West hoped it might herald a victory for liberalism.

Instead, wherever free elections have been held, well-organized Islamist parties have been the big winners, leading some to fear that the tyranny of secular autocrats might be replaced by repressive theocracy.

But Arab ministers and business leaders at the World Economic Forum in the snowbound Swiss ski resort of Davos insisted the Islamist parties pose no threat to the region's fledgling multiparty systems.

"There is no contradiction between democracy and Islam," said Mohamed Najib Boulif, Morocco's minister of administration and a member of the country's new Islamist majority party, the Justice and Development Party.

As an example of his Islamist group's supposed moderation, Boulif noted that his was the only party to appoint a female minister to the coalition cabinet.

Tunisia's Foreign Minister Rafik Abdessalem said his country's relatively peaceful transition towards elected Islamist-led rule after the turbulent days of revolution was a sign that the future looked bright.

"We confirmed in Tunisia by reality that it is possible to be Arab, Muslim and a democrat. So I think that Islamists are political actors like any other participants," he said.

"If we have a good democratic system we will have a moderate expression of Islam," he said, citing the overt religiosity of American political figures as an example of religion working safely within a pluralist system.

"In the United States there is a separation between church and state but, in the public sphere, religion is very active, and I think this is what will happen in the Middle East," he argued.

Nevertheless, several of the delegates who took part in Thursday's debates in Davos warned that frustrations will grow if the democratic revolutions in the wider Arab world are not matched by economic progress.

Egypt's Amr Khaled, who runs the activist website Right Start Foundation, said that a survey of 1.4 million young people in the region had showed that unemployment was their number one concern.

"It depends on how fast the governments will find some solutions. Finding jobs for youth is the major issue," he said, pinning the success of the Arab Spring movement on economic progress.

Even away from populous Egypt, in the relatively rich countries of the Gulf, the issue is the same.

"It is question to create a lot of jobs, to give those young boys an opportunity," said Ibrahim Dabdoub, CEO of the National Bank of Kuwait, admitting that he was not very optimistic about Egypt.

By far the most populous country in the Arab World, Egypt is seen as key to regional stability, and scenes of thousands of frustrated young people in the streets of Cairo and Alexandria have spooked the regional elite.

Egyptian presidential candidate and former Arab League chairman Amr Moussa defended his homeland, but admitted the revolution was a work in progress.

"Egypt was badly run. We are in a transition period from full dictatorship, the rule of one man, to democracy," he said.

There was also some bitterness among Arab delegates that the support promised the region by the G8 and G20 rich world powers at last year's Deauville summit has not lived up to expectations.