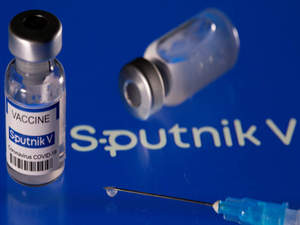 Russia has agreed a deal for more than 60 million doses of its Sputnik V vaccine to be produced in China from May, the jab's developer said on Monday.

The Russian Direct Investment Fund (RDIF), which has financed the development of the vaccine, said it and Shenzhen Yuanxing Gene-tech Co. "have agreed to cooperate on production of over 60 million doses" of Sputnik in China.

The RDIF, Russia's sovereign wealth fund that has backed the development of the vaccine, said that the amount of the two-dose vaccine would be enough to vaccinate some 30 million people, adding that production would begin in May.

"Cooperation with Shenzhen Yuanxing Gene-tech will enable us to produce Sputnik V in China, thus increasing the capacities to provide additional amounts as we see rising demand for the Russian vaccine globally," CEO Kirill Dmitriev said in a statement.

The West has accused Beijing and Moscow of using their vaccines as tools to win geopolitical clout.

Russia and China have rejected claims that they are seeking to use coronavirus vaccines to project their influence and accused Western countries of hoarding vaccines to the detriment of poor nations.

The Sputnik V vaccine has been registered in 57 countries, with a total population of more than 1.5 billion people.