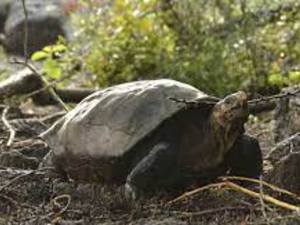 Staff at an airport on the Galapagos Islands found 185 tortoises in a suitcase that was heading for Ecuador's mainland, environment authorities said on Sunday.

The discovery was made "during a routine inspection," the environment ministry said on Twitter, adding that police were investigating.

Trafficking fauna off the Galapagos Islands is a crime punishable by between one and three years in prison.

The islands are a protected wildlife area and home to unique species of flora and fauna.

The Galapagos Islands' star attraction are their giant tortoises, which arrived on the volcanic islands between three and four million years ago.

It is believed that ocean currents deposited them on the islands after which they developed into 15 separate species, three of which are extinct.

The archipelago was made famous by British geologist and naturalist Charles Darwin's observations on evolution after visiting the islands.