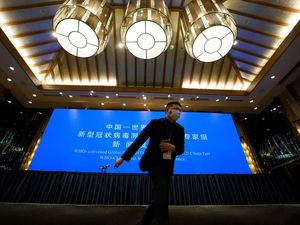 More than 20 heads of government and global agencies on Tuesday called for an international treaty for pandemic preparedness that they say will protect future generations.

But there are few details to explain how such an agreement might actually force countries to act more cooperatively.

World Health Organization Director-General Tedros Adhanom Ghebreyesus and leaders, including Boris Johnson of Britain, Mario Draghi of Italy and Paul Kagame of Rwanda, called for "a renewed collective commitment" to reinforce the world's pandemic preparedness and response systems, that would be rooted in the U.N. health agency's constitution.

"We are convinced that it is our responsibility, as leaders of nations and international institutions, to ensure that the world learns the lessons of the COVID-19 pandemic," the authors wrote in a commentary that was published Tuesday. Although they called for "solidarity," and greater "societal commitment," there was no indication any country would soon change its own approach to responding to the pandemic.

Last week, Tedros pleaded with rich countries to immediately donate 10 million COVID-19 vaccines so that immunization campaigns could start in all countries within the first 100 days of the year. Not a single country has yet publicly offered to share its vaccines immediately. Of the more than 459 million vaccines administered globally, the majority have been in just 10 countries — and 28% in just one.