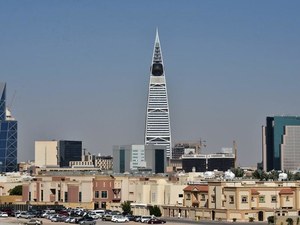 Saudi Arabia announced plans Tuesday to pump investments worth $3.2 trillion into the national economy by 2030, roping in the oil-reliant kingdom's biggest companies in a major new economic diversification push.

"The total investment injected... into the national economy is expected to reach 12 trillion riyals ($3.2 trillion) by 2030," Prince Mohammed said in a speech carried by state television.

Twenty-four of the kingdom's biggest companies, including energy giant Aramco and petrochemical firm SABIC, will lead the investment drive by contributing five trillion riyals over the next decade, the crown prince told reporters later at a virtual briefing.

He said the companies, many of them listed, had agreed to lower their dividends and redirect the money into the domestic economy in exchange for incentives such as subsidies.

And the remaining four trillion riyals will come from a new "national investment strategy", which will soon be announced, Prince Mohammed said.

The initiative will help boost economic growth, create hundreds of thousands of new jobs and strengthen the private sector, he added.

The programme is part of a mammoth 27 trillion-riyal ($7 trillion) investment plan over the next decade, which will include huge government spending to spur the domestic economy, the prince said.

It is designed to "promote the development and diversification of the national economy", the state-run SPA news agency said, adding that it will "strengthen cooperation between public and private sectors".

But the investment push should be "taken with a grain of salt", said Ellen Wald, president of Transversal Consulting and author of the book "Saudi Inc".

"It doesn't help grow the private sector to compel nominally private sector companies to invest in government programs at the expense of their shareholders or investment in their own endeavours," Wald told AFP.

The announcement comes after the crown prince said in January that the PIF would invest $40 billion annually in the domestic economy over the next five years.

Saudi Arabia, an absolute monarchy, is pushing to boost job creation and revive businesses decimated by the pandemic.

Joblessness in the kingdom touched 14.9 percent in the third quarter of 2020, dipping slightly from an all-time high of 15.4 percent in the previous quarter, according to official data.

Last year, the twin shocks of the pandemic and a drop in oil prices prompted the petro-state to triple its value-added tax and suspend a monthly allowance to civil servants to rein in a ballooning budget deficit.