STL: Ayyash Defense Have No Standing to Appeal Ruling in Hariri Case 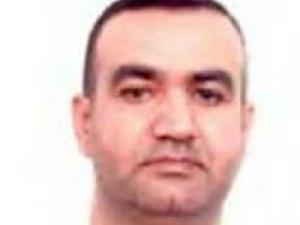 The Appeals Chamber of the Special Tribunal for Lebanon (STL) has found by majority that Defense Counsel representing the convicted Accused Salim Ayyash in absentia have no standing to appeal the Trial and Sentencing Judgments issued by Trial Chamber I in the Ayyash et al. case, the STL said on Tuesday.

”In a decision issued on 29 March 2021, the Appeals Chamber Judges reached this conclusion on the basis that the legal framework for in absentia proceedings at the STL does not contemplate a Defense appeal in absentia. Counsel for Mr Ayyash have not been appointed nor accepted by Mr Ayyash, who absconded and has not been found. An arrest warrant against Mr Ayyash is outstanding,” the STL explained in a statement.

”Ayyash, as an individual, retains all the safeguards required under international human rights standards including the right to appeal the Judgments if he appears, or request a retrial,” the court noted.

The Appeals Chamber decision follows the Notice of Appeal filed by Defence Counsel representing Ayyash in his absence on January 12.

“The Appeals Chamber therefore found that this Notice of Appeal is inadmissible,” the STL added.

It noted that there were dissenting opinions by Judge David Baragwanath and Judge Daniel Nsereko.

The appeals phase in the Ayyash et al. case will now proceed with the Prosecution’s appeal against the acquittals of Hizbullah members Hassan Habib Merhi and Hussein Hassan Oneissi.

The Ayyash et al. case concerns the attack on former prime minister Rafik Hariri’s life by explosives equivalent of 2,500 to 3,000 kilograms of TNT on February 14, 2005 in central Beirut. The explosion killed 22 people, including the former prime minister, and injured 226 others.

On August 18, STL’s Trial Chamber pronounced its Judgment in the Ayyash et al. case and unanimously found Ayyash guilty beyond reasonable doubt as a co-perpetrator of all the counts against him in the amended consolidated indictment. The Judges found Merhi, Oneissi and Sabra not guilty of all counts charged in the indictment.

And on February 24, the Appeals Chamber dismissed the LRV Notice of Appeal against the Sentencing Judgment as inadmissible. The Appeals Chamber meanwhile authorized the participating victims to participate in the appellate proceedings for the purpose of expressing their views and concerns on issues affecting their personal interests.