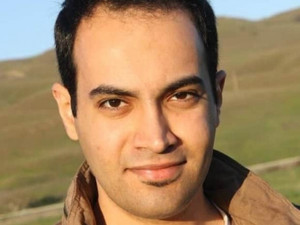 The United States expressed concern Tuesday after a Saudi aid worker was sentenced to 20 years in jail, in a ruling that his family condemned as "brutal and unjust."

Abdulrahman al-Sadhan, an employee of the humanitarian group Red Crescent, was picked up from his Riyadh office by Saudi Arabia's secret police in March 2018, according to his family.

His arrest was apparently linked to an anonymous Twitter account he used to criticize the Saudi regime over human rights and social justice issues, they said.

A Saudi anti-terrorism court on Monday sentenced Sadhan to 20 years in prison followed by a 20-year travel ban, according to his sister and multiple campaign groups, including the London-based ALQST.

His family is expected to appeal the sentence.

"We are concerned by reports that a Saudi counterterrorism court sentenced Saudi aid worker Abdulrahman al-Sadhan to 20 years in prison followed by a 20-year travel ban," the U.S. State Department said in a statement.

"We will continue to monitor this case closely throughout any appeals process.

"As we have said to Saudi officials at all levels, freedom of expression should never be a punishable offense."

There was no immediate reaction from Saudi authorities.

Areej al-Sadhan, the aid worker's San Francisco-based sister who has campaigned aggressively for his release, also expressed disappointment over the sentence.

"No words can describe how I feel!" Areej wrote on Twitter after the sentencing.

"This BRUTAL & UNJUST ruling is just a reminder of the horrible situation the Saudi (people) are in."

Areej has claimed that her brother's arrest followed a Twitter data breach by Saudi infiltrators in 2015, which campaigners say led to the unmasking and arrests of anonymous critics of the government.

But it did not slap any direct sanctions on the prince, a decision that has frustrated campaigners.