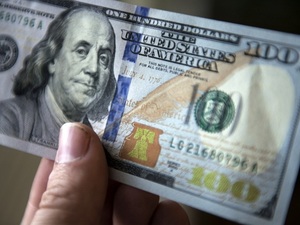 Lebanese medical student Mohammad Sleiman traveled to Belarus to become the first doctor in his family, but he now fears his country's economic crisis is going to get him expelled.

"I've got a future and I'm working towards it," the 23-year-old said from his bedroom in the capital Minsk, a dream catcher hanging on the wall behind him.

"But if they throw me out of university, my future will be lost. And it'll be the Lebanese state's fault."

As Lebanese banks forbid depositors from transferring their own money abroad, thousands of students who went abroad to pursue studies they could not afford at home are among the hardest hit.

Students told AFP they had moved into cheaper accommodation, taken on jobs or even cut back on meals. Some had been forced to fly home to Lebanon, with no idea how to return to their studies.

Sleiman said he was so stressed about money that he could hardly concentrate in class.

Back home, his family's dollar savings have been trapped in the bank since 2019, and the 23-year-old has no idea how he will pay tuition fees when his father can barely borrow enough to send him rent.

Last month, he says his name appeared on a list with other Lebanese threatened with expulsion if they did not pay up.

Lebanon's parliament passed a law last year to help students like him, but parents say banks systematically turn them away demanding more paperwork.

In the south of Lebanon, Sleiman's father said he had been to several protests by parents demanding help from the Lebanese authorities, but to no avail.

Without access to his savings, 48-year-old Mousa Sleiman has to buy $300 for his son each month on the black market at an exorbitant exchange rate.

But his earnings from his toy and cosmetics store, in Lebanese pounds now worth 85 percent less at street value, cannot even begin to cover it.

"I've been so worried," the father of eight said, with his eldest son's April rent due. "I'm going to have to go and rack up more debt."

One student activist said parents had also sold cars and gold jewelry to help their children.

Many pin blame for Lebanon's worst financial crisis since the 1975-1990 civil war on political mismanagement and corruption.

As the country's foreign reserves plummet, and amid reports of mass capital flight despite currency controls since 2019, they accuse the ruling class of having plundered their savings.

A law passed last year is supposed to allow parents to access $10,000 per student enrolled abroad in 2019 at the much cheaper official exchange rate.

"They take our requests and dump them in drawers because there's no more money left to send. They stole it," said Sleiman's father.

A handful of parents or grandparents have filed lawsuits against their banks and won, the latest last month.

One of them was able last year to transfer funds to his sons in France and Spain so they could graduate.

Sleiman and fellow parents are looking into doing the same.

And the International Union of Lebanese Youth, covering students in 20 countries, has started working with volunteer lawyers towards filing dozens more cases.

But lawyer and activist Nizar Sayegh said these cases were still rare and complicated by coronavirus lockdowns and banks filing appeals.

Many families also shy away from legal action for fear the banks would then close their account, he said.

In Italy, 20-year-old Reine Kassis said she and fellow cash-strapped Lebanese flatmates were having to delay breakfast till lunch time.

"We eat toast and cheese, then study, study, study until supper," said the mechanical engineering student in Ferrara.

She says she has received a little help in Italy.

But her brother, 23, had to return from Ukraine to Lebanon to continue studying online because he could not afford the rent.

Their father Maurice Kassis, a retired officer, said he was heartbroken.

"I only had two children so I could spoil them, and educate them properly," the 54-year-old said in the eastern town of Zahle.

When he retired, he had enough savings stashed away in Lebanese pounds to cover both of them studying abroad.

But today, with the collapse of the Lebanese currency, those pounds would fetch just an eighth of their old value in dollars.

After he has paid off his home loan with his pension each month, he only has the equivalent of $50 left for the whole family.

"How do you educate your children with that?" he asked.

"I'm telling them to find themselves a future abroad."