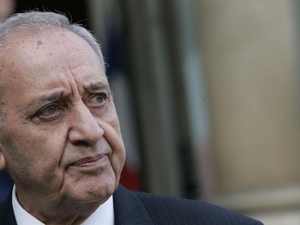 Speaker Nabih Berri’s initiative for resolving the cabinet formation crisis is still on the table and has not been shelved, political sources said.

The initiative has however been suspended to “give a chance to those who objected to it to review their calculations and become convinced of it,” the

The sources added that the initiative was discussed between PM-designate Saad Hariri and Berri’s aide Ali Hassan Khalil during the latter’s latest visit to the Center House.

“Berri’s move towards Hariri coincided with Kalil’s communication with Hizbullah’s leadership, which has restarted its engines in a bid to convince (President Michel) Aoun and (Free Patriotic Movement chief Jebran) Bassil of the need to endorse the initiative and withdraw their reservations,” the sources added.

Mind blowing initiative, seriously! envoys are being sent all over the place and engines are restarting!

Berri retirement bekons..honestly you have been a apt failure and far from anything the late Sadr believed in.