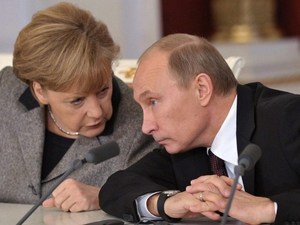 "One subject of their conversation was, among others, the increased Russian military presence near eastern Ukraine," the statement said. "The chancellor called for a reduction of these troop reinforcements to de-escalate tensions."