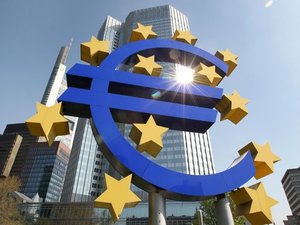 Nearly three-quarters of Germans oppose putting more money into the eurozone's rescue fund, according to a new poll.

The International Monetary Fund is among those advocating an increase in the €500 billion ($650 billion) European Stability Mechanism, which is to start work in July. Chancellor Angela Merkel is already holding out against the idea.

Respondents were equally divided on whether Europe should allow a Greek bankruptcy, with 45 percent both for and against.

A similar survey two weeks ago had 50 percent saying Greece must be kept afloat and 41 percent in favor of allowing default.

The poll of 1,262 people, conducted Tuesday through Thursday, gave a margin of error of plus or minus 3 points.