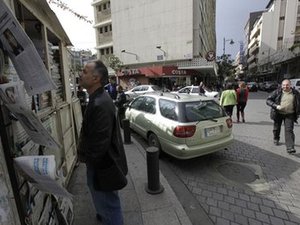 Prime Minister-designate Najib Mikati on Tuesday was set to form a March 8-dominated government after talks with March 14 leaders on Cabinet participation collapsed.

An official working with Miqati told Agence France Presse the PM-designate "hopes to finalize his consultations and form the government this week."

"The next government will include representatives of the (Hizbullah-led) new majority, centrists and technocrats," he said, adding that the size of the cabinet had not been finalized yet but would likely count 24 to 30 ministers.

"The prime minister-designate's response to the demands of Hariri's camp have not changed from the beginning and he cannot make any commitments to either side as that would cause him to lose his position as a centrist," said the official.

Phalange Party leader Amin Gemayel, a pillar of the March 14 alliance, announced following talks with Miqati on Monday that consultation to form a new government have "reached a dead end as a result of the conditions put forth by the March 8 camp."

At a news conference held at Phalange Party headquarters in Saifi, Gemayel accused Hizbullah and its allies in the March 8 coalition of seeking to "unilaterally" control the new Cabinet by putting "terms and conditions impossible to meet" on March 14's participation.

Gemayel, nevertheless, said he is still willing to extend a hand to the March 8 camp, announcing readiness for a new round of talks with Miqati.

An-Nahar newspaper on Tuesday quoted sources close to Miqati as saying that the government is likely to be formed before week's end.

They said Miqati was now plunged into serious discussions on the shape-up of the new government.

It was not clear yet whether the government will be made up of 24 or 30 ministers.

March 14 issued a statement late Monday saying the alliance was still waiting for an answer from Miqati on its demands.

The statement came following a meeting at Hariri's residence in downtown Beirut.

The daily As-Safir, meanwhile, said Gemayel's announcement came shortly after receiving word from Miqati of the "difficulty" to meet March 14 demands including guarantees regarding Hizbullah weapons and the Special tribunal for Lebanon.

It said Miqati's "negative response" was conveyed to Gemayel Monday afternoon via a special envoy.