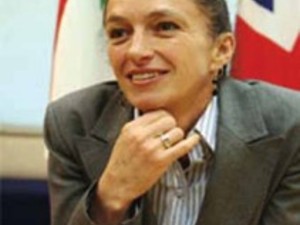 British Ambassador Frances Guy said she hoped for the formation of a national unity cabinet and hinted that the March 14 alliance was still the parliamentary majority despite the nomination of a Hizbullah-backed candidate to the premier’s post.

During a visit to As Safir daily’s office in the northern port city of Tripoli, Guy said she hoped for the formation of a “national cabinet” and stressed “nothing has changed on the ground because the results of the elections are still the same and haven’t changed.”

When asked about her point of view on Premier-designate Najib Miqati, Guy said that the billionaire businessman claims to be a centrist and the international community was adopting a wait-and-see approach to see how his government will function.

During her tour to Tripoli, Guy met with several officials in the city.