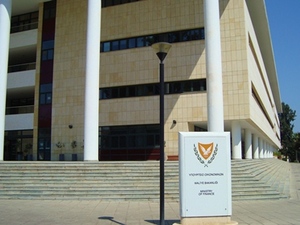 Cyprus' Finance Ministry says it's confident that the island's banks will be able to recapitalize on their own and won't need government support.

The ministry says Cyprus' economy has "strong foundations" and adds that it will soon unveil a growth-oriented package of measures that it's preparing in partnership with the private sector.

The ministry made the remarks in a statement released Saturday, a day after international ratings agency Fitch downgraded the eurozone member by a notch to BBB-, a step above junk status.

Fitch said the downgrade is mainly due to the large Cypriot banking system's heavy exposure to Greek debt and its greater capital needs in light of the higher likelihood that banks will take a hit on Greek government bonds that exceeds 50 percent.