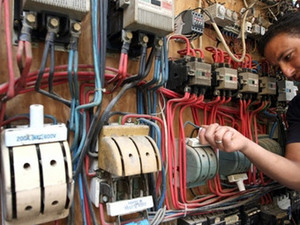 Electricite du Liban announced on Tuesday that most Lebanese regions were experiencing power shortages because Jordan’s electricity system was badly affected by a stop in Egyptian supply of gas through the “Arab line.”

EDL said that Jordan unexpectedly separated the Jordanian-Syrian line that provides Lebanon and Syria with electricity from Egypt, EDL said in a statement.

Over the weekend, saboteurs in northern Sinai attacked the Egyptian gas pipeline to Jordan, forcing Cairo to also switch off supplies to Israel which is supplied via a twin pipeline.

Following the Jordanian move, “Jordan is now the only recipient of power from Egypt, depriving Lebanon of its share and badly affecting power supply in all Lebanese areas, except for Beirut,” the statement added.