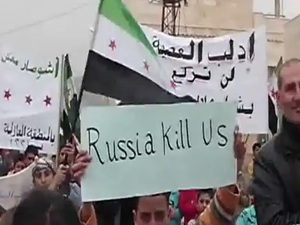 Fierce clashes approached the Syrian capital on Sunday as fresh violence across the country killed at least 59 civilians, 31 regime troops and nine army deserters, according to activists.

Regime forces fired heavy artillery and mortar rounds against the Damascus suburbs of Douma, Saqba, Irbin and Hamouriyeh and were locked in close battle with rebel fighters emboldened by a fresh wave of desertions, activists said.

Regime troops also shot dead 19 people in the central opposition bastion Homs, four people in the flashpoint central province of Hama, six in the restive northwestern province of Idlib, four in the southern province of Daraa, the cradle of the revolt, and one in the eastern oil hub of Deir al-Zour, the LCC said.

For its part, the London-based Syrian Observatory for Human Rights said 26 regime soldiers, five other members of the security forces and nine army deserters were also among those killed as the regime cracked down on protesters and rebels.

The watchdog said the regime soldiers were killed in three separate attacks in the Idlib and Damascus regions.

The Observatory said earlier that 10 members of the military were killed when their convoy was attacked in Jebel al-Zuwiya in the northwest, and the official SANA news agency said "an armed terrorist group" killed six others near Damascus.

A spokesman for the rebel Free Syrian Army, which boasts 40,000 men and whose leadership is in Turkey, said that the fighting came a day after "a large wave of defections," with 50 officers and soldiers turning their back on Assad.

In a "steady progression of fighting towards the capital," spokesman Maher Nueimi said deserters were clashing with army regulars only eight kilometers from Damascus.

The regime, in turn, has launched "an unprecedented offensive in the past 24 hours, using heavy artillery" against villages in Damascus and Hama province of central Syria, Nueimi said.

Other rebel spokesmen reported heavy fighting in Rankous, 45 kilometers from Damascus, and of heightened tension in Hama, further to the north.

Rankous was "besieged for the past five days and is being randomly shelled since dawn by tanks and artillery rounds," rebel Abu Ali al-Rankousi told AFP by telephone.

In Hama, pro-regime snipers were deployed on the rooftops, according to activists, with security forces leaving "bodies of dead people with their hands tied behind their backs" on the streets across several neighborhoods.

It was this latest surge in violence that pushed the Arab League to suspend its mission to Syria in a surprise move on Saturday.

"First and foremost, he must stop immediately the bloodshed," Ban told reporters. "The Syrian leadership should take a decisive action at this time to stop this violence. All the violence must stop."

But Syrian Interior Minister Mohammed al-Shaar said the authorities were determined to "cleanse" the country and restore order.

"The security forces are determined to carry on the struggle to cleanse Syria of renegades and outlaws ... to restore safety and security," SANA quoted Shaar as saying.

At least 5,400 people have been killed in the regime’s crackdown on dissent since March, according to the United Nations.

The regime does not recognize the scale of the protest movement that erupted in mid-March, insisting it is fighting "terrorist groups" seeking to sow chaos as part of a foreign-hatched conspiracy.

nooooo. syrian soldiers killed? howww??? they must have drank poison and committed suicide. its not like there are armed groups.

praise be to god....judgement has arrived at syria's door may they have endless years of bloodshed,rape and kidnappings.

bah! let cookie be admirative of the assad s israeli backed regime while he still can enjoy them....

That's not true nothing is happening in Syria. On 08 November 2011 General Aoun predicted the problems in Syria will be over by his next comedy routine a week later Tuesday, and of course the General is never wrong. Which reminds me Cookie_Monster how about you share some of your Baalbek hashish laced cookies we'd like to feel as loopy as you do.

i hope bashar will not be depressed very early ,it is not fair,we paid for a whole game.

the filthy zionist information war department is hallucinating about assad regime being backed by zionists.

@Cookie_kid: Your problem is you can't differentiate the good from the bad, the terrorist regime has made enemies left and right for 5 decades in Syria, Lebanon in particular as well as worldwide (Support terrorists:i.e. Palestinian extremists and HA). When you witness on SANA their claim that Samir Ga3Ga3 and Harriri are sending arms and trained people to fight the regime that makes the world laugh on how a pretty damn trained Army has struggled unlike "Aoun claims that everything is ok" for 11-months to put out the fire? The regime has made too many enemies, mistakes for decades and will now pay the price. The FSA will not shell Deir Sadnaya because the tanks and motor shells are owned by the regime. You sound and singing like the Aounists that claimed that the LF shelled their Area when the Syrian were attacking Aoun during his Harb el Tehrir.

Syrian soldiers are not used to response of fire. They are only trained to attack civilians just like the filthy militia

"Russia kill us"? is this a homsi joke?

LOL so the logic of the of the 18 year old still watching seseme street to learn how to apply logic, is saying that while a syrian soldier is in the army, he went and trained with NATO, came back, n then became a deserter.

Happy birthday cookie monster, i bet u just turned 18 and think u just know it all in life.

LOL instead of replying to min-canada to his valide statements, you just act like a youngster n go to insulting.

This is a beginging of a civil war, relate it to Lebanons history on how it started n u will find a lot of similarities.

The enemy Israel doesnt need to do anything to destroy us, they just read on this website and watch u guys destry urselves. why cant we unite and put lebanon and lebanese first.

i am pretty sure that the "terrorists" shelled saydnaya and they will shell it again,if u already visited saydnaya..the deir is across the street from the greatest moukhabarat prison in syria after tedmor.. and perhaps they are trying to free some prisoners who include the lebanese soldiers who were fighting in dahr el wahech(lebanon) with the general of lost battles.

Who has killed more civilians...the Saudi supported Salafists or the lousy Syrian regime (I do not want to hear crap about fighters hiding behind civilians or using civilians as human shields)?

there is a zero hour that is about to be announced in Syria, it is expected 2/3 of the army will defect. Things are going to move so fast, Bashar won't know what hit him

99? Why not a round number? It looks better. But then, who's counting? Numbers just get thrown around, like the millions of four-legged jerks who gather during the Hariri Festival commemorating his barbecueing.

Marc...Really. This is based on??? Today the lousy Syrian National Council issued an official letter of gratitude to the Saudi King. This is a Syrian revolutionary group or a bunch of the Saudi King paid puppets?

Cookie_Monster is correct the Assad regimes like Saddam's regime always protected the minorities.. unless they disagreed with said regimes then they went straight to jail didn't pass Go but still collect 2000 lashes but seldom got out alive, both regimes were generous that way. The majority in Syria and Iraq got no protection they were bombed and gassed. Remember the funny looks on the faces of the Shiites men, women and children asphyxiated by Saddam's cousin bwahahahahaha. But who cares right Saddam and his cousin always protected the minorities.

The Free Syrian Army foiled an attempt to evacuate the wife of Syrian president Bashar al Assad, his mother and his kids from Damascus International Airport , Al Masry al Yaoumi reported on Sunday. Meanwhile , the Syrian opposition has reported that battles between the Syrian army and the Free Syrian Army are still raging near the Damascus airport.

Yup Cookie_Wookie Aoun is really a very accomplished multitasker guy. He was kicking Syrian a$$ and running away from them at the same time.. humm, I wonder if he is really a caterpillar with more legs that the rest of us. Oh and Cookie_Wookie about revising history, Aoun admitted that he attacked the khouwwet el lebneniy because he thought they were getting ready to attack him, of course he lost that one too and got stuck in the Metn with Elie Hbaika supplying him with fuel from the Syrian areas. Funny you say "we're not dead yet" that was the big shock people got when they saw the guy who, a few hours previously promise them to be the last person to leave and die fighting with kitchen utensils if need be, very much alive at the French embassy using the utensils to make a Chicken Soufflé although the chicken was not in the Soufflé, the crock pot making the Soufflé was the chicken.

@cookie monster: Yes it's NATO and Al Qaeda working together with the Mossad and the MI6 and the Saudis and Indians. None of the people killed are actually Syrian they're all foreign terrorists.

@Cookie_kid: listen to Abu Jamra who is Aoun right hand who shelled who.
http://www.youtube.com/watch?feature=endscreen&NR=1&v=dBs1-HEuoq0
Now you are going to tell me youtube is zionist war department hallucinating and this is not Abu Jamra but Jamal Abd Nasser.

if anyone is distorting reality it is certainly FPM followers!
while Aoun was allowed to go to France (leaving behing his army to be slautered by the syrians), he had achieved the goals of his masters, i.e. to weaken the country so the syrians would go in and take it over.
he returned back when his masters needed him again to do the same thing over again, i,e, weaken the country for his masters.

Who cares, let them fight each other.

Gabby, shab, aragon, peace, thepatriot, allouchi.... the warriors are inching closer to the capital!!! So now when do you predict the regime will fall? Weeks, days or hours? I hope you revised your predictions, or, facts in your lingo, which have all materialized since before 2005 IN THE EMPTY ECHO CHAMBERS sitting between your shoulders.

Fighting for their freedom. What a bunch of idiots. Had been done in many places, and most of them are not better off than before. Lebanon is the exception.

John from koura you are back from under your smelly rock
Greater Syria is a myth
Can Assad at least throw a rock towards the Golan
Last but not least every one should pay for their electricity , you bootlicker

May7....you are a moron. John from Koura is a lousy Marxist/Anarchist (who calls Syria's government "lousy"). You are a Christian Hariri slave. Remember, the SSNP always retaliates, and that is not a myth! Be careful not to be around Hariri's followers kissing their butts.

May7....you are a moron. John from Koura is a lousy Marxist/Anarchist (who calls Syria's government "lousy"). You are a Christian Hariri slave. Remember, the SSNP always retaliates, and that is not a myth!!! Be careful not to be around Hariri's followers kissing their butts.